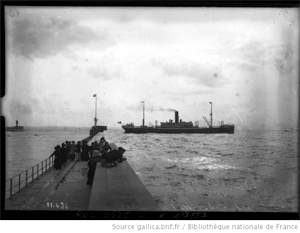 Foundation of the Union des Employeurs de Main d’Oeuvre (UEMO – Union of companies employing Labor force in the port and the city of LE HAVRE).  Its main purpose was the collective management of labor force. Then the need to include a wider representation of trades at UEMO lead to the incorporation of shipowners, consignees, forwarders, trading, etc.

Transformation into a “Maritime and Port Union” gathering within half of its executive board stevedore companies employing longshoremen and other companies using the port.

1975: creation of a Federation 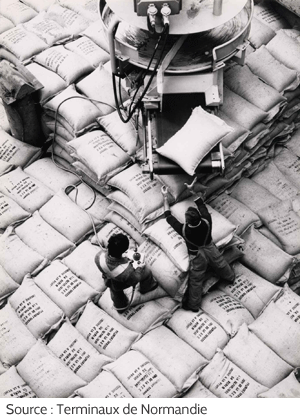 The need to increase the number of members in order to reinforce the representativeness of the federation arose.

It was decided during the Extraordinary General Meeting of 5 May 1975 to reinstate labor force employers into their prerogative to manage welfare funds, a prerogative which had been transferred to UMEP by UMEO in 1970 and new statutes were approved for the transformation of UMEP into a federation of professional Unions.

For that purpose, companies were sorted by section, each representing the main activities of the port:

Its founding principle: to create the environment likely to attract and ensure the safe and optimized passage of goods through LE HAVRE.

The federation is administered by: